Senator Schumer: Your Earmarks Are My Earplugs 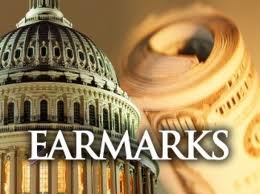 Your Earmarks are My Earplugs: An Open Letter to U.S. Senator Charles Schumer

Like many of your other constituents, I listened with keen interest to your stirring speech at President Obama's inauguration. I was especially struck when, with a proud smile, you made a point of emphasizing that the group you were introducing was the Brooklyn Tabernacle Choir, thereby conveying your strong identification with the borough and its residents.

Yet for years now you have repeatedly turned a deaf ear to the pleas of your Brooklyn constituents, who, along with numerous environmental groups, have urged you to involve yourself in an issue that has a particularly devastating effect on minority and low-income neighborhoods in Brooklyn (as well as many other neighborhoods in the surrounding NY Metro area).

I am referring to the exponential increase in low-flying, carcinogen-spewing and asthma-inducing aircraft over the area in the past several years, a result of the FAA’s redesign of the airspace around New York; as you must know, since you have been informed of it many times over, this redesign was implemented without conducting the proper environmental studies mandated by the National Environmental Policy Act and the Clean Air Act -- or at least in a way that was transparent, fair, devoid of industry manipulation and with the legally required involvment of those communities impacted by the redesign. This unprecedented increase in low-flying air traffic has been especially harmful to the neighborhoods of Bedford-Stuyvesant and Crown Heights, two areas with which I believe you, Senator, must be familiar; they are only 10 blocks from your house in Park Slope. In these neighborhoods hospital admissions due to asthma-related illness have increased in direct proportion to the increase in air traffic. Additionally, low-flying planes have completely decimated the quality of life for many Brooklyn, Queens and Long Island residents. Their property values have dropped, as more and more families choose to leave the area and put their homes up for sale when they find they can no longer enjoy a barbecue outside in sunny weather, or sit in their living rooms with the windows open on warm days. Their newborns’ sleep is disrupted, while the adult residents of these hard-hit areas are forced to sleep with ear plugs and white sound machines.

The issue is therefore one that affects the health, quality of life, and prosperity of your constituents, all of which things you are pledged to protect and promote. Yet you voted for and helped to pass federal legislation – the FAA Modernization and Reform Act of 2012 – that contains a loophole enabling the FAA to evade its legal obligation to conduct the environmental studies that the people who voted you into office deserve and expect. That loophole, known as a Categorical Exclusion, allows citizens only 60 days to challenge the FAA’s actions, and to add insult to injury, there is no way for a well-intentioned citizen who wishes to object to the Categorical Exclusion to find out when, exactly, an action has been approved by the FAA that takes advantage of the Categorical Exclusion loophole (which the FAA is using as a rubber stamp these days). The FAA is not even required to publish anywhere – not even in the Federal Register, where most people would expect to find such notices – the specific date their actions that affect large parts of the population take effect. So almost always, by the time the citizens of some hard-hit area realize what is happening, the 60-day period has long since elapsed.

Our community group, which represents Bedford-Stuyvesand and Park Slope, alerted you to the dangerous ramifications of this loophole long before the legislation was brought up to the Hill, in a scheduled meeting in your Manhattan office that unfortunately you failed to attend.

We cannot say for certain, of course, why you have repeatedly failed to address the issue of increased air traffic over your constituents, but it is surmised that you work closely with lobbyists for the industries that benefit from FAA contracts.  And it is believed you have been instrumental in passing legislation benefiting those lobbyists' clients in the aerospace and defense industry, and in helping them to obtain contracts from New York State. According to OpenSecrets.org, a non-profit organization that tracks money in politics, of the 202 earmarked projects that you introduced or supported in the Senate, 108 went to defense-related and military-related projects for the state. You sponsored or co-sponsored 202 earmarks, totaling $291,421,190, in fiscal year 2010, ranking 6th out of 100 senators. Indeed, there were only 5 other senators who promoted earmarks with greater monetary value than the projects you promoted. Anyone reading the list of your earmarks at OpenSecrets.org could be forgiven for thinking it was a page pulled from one of the Janes' military and defense publications. You are welcome to take a look here for yourself:

No one is opposed to a safe and secure United States, or to bringing defense industry jobs into our home state. What we are dismayed about is that you seem to be working zealously and tirelessly on behalf of the defense industry while remaining obdurately deaf to the rising chorus of voices exhorting you to do something about the escalating environmental catastrophe on your home turf.

You cannot have been unaware of this problem: by our tally, your office has received hundreds, possibly thousands, of complaints via both email and regular mail, as well as hundreds of phone calls alerting you to the situation. Nor can you argue that this is an issue better handled by locally-elected officials or members of the House of Representatives – it is your responsibility to fight for and protect the air quality, quality of life, and health of your constituents.

Why not prove yourself a true visionary, and a true New York patriot, by introducing legislation promoting high-speed rail, a logical, environmentally sound alternative to reliance on the low-tech and environmentally polluting transport solution that is La Guardia? You are in a powerful position in our state; surely you could use some of your power to persuade your cohorts in Congress to assert their independence from the airline industry's lobbyists, resist their blandishments, and investigate rumors that the airline industry is suppressing any attempt to promote high-speed rail for fear of losing market share.

The message of your eloquent speech at President Obama's inauguration was one that we Americans love to hear, and love even more to believe: Americans have always been and still are a practical, optimistic, problem-solving people; America prevails and America prospers; America always rises to the occasion. Yet your actions, your refusal to contend with the assaults on their health and well-being that your constituents must live with every day of their lives, make it impossible for us to go on believing in it, or in you.

As long as you put the interests of the defense industry ahead of those of the residents of Brooklyn, you have no right to stand up and utter the words we heard from you on January 21, 2013.

Quotes from the victims of the FAA's polluting, nerve-racking, sleep-depriving NextGen navigation system:

"Like frogs boiling in water, we're supposed to be used to it. It's also obvious that any human consequences were left out of this completely logistical and engineering-driven initiative. People are collateral damage. It's the economy and the airline industry that matter. We didn't get a seat at the table. Not during the process and not now."
--Brooklyn, NY FAA NextGen victim.

"It's like living in a combat zone that isn't supposed to exist . . . If we logged complaints, we would literally have to sit down on the computer or telephone all day, for hour after hour, documenting plane after plane."
-- Baltimore FAA NextGen victim.

"My life and my neighborhood are worthless not only to the FAA and Port Authority, but also to the people who represent me."
-- Queens, NY FAA NextGen victim.

The free-for-all must stop.  Our politicians and legislators must step up to the plate.  They cannot stand idly by as a federal agency black-tops over our homes and smothers us beneath a slab of roaring noise and ghastly pollution!"
-- Brooklyn, NY NextGen victim.

"The bottom line is that there are many, many more aircraft in the skies these days.  This is not a problem for just one city, it is a national quagmire.  If the number of vehicles on the surface of the earth increased exponentially over just a few years, there would be an outcry from citizens to manage and control the mess.  And steps would be taken to do so.  The FAA is swaggering around like this is the wild, wild west, and has become the darling agency of the airline industry, who reap in enormous profits at the expense of our health and quality of life.
--Boston NextGen victim.

"I want to be able to listen to the sound of the rain, to go out on my deck in the evening and enjoy the air. If your neighbor is using a leaf-blower, you can endure it because you know it will end in an hour. If there is major construction, you can tell yourself in a few months it will be done. The reality that this will never end, that there is no break, no cessation, that the planes will come in all day every day for as long as you live, it is breaking my spirit. I will never be able to have the life I want here."
--Brooklyn, NY NextGen victim.

"Noise, noise, fumes, fumes. . . All day, every minute. The noise is annoying and disrupts sleep, blood pressure; it creates anxiety in children, adults and the elderly, it disturbs school children's ability to concentrate and absorb homework; the invisible fumes are insidious; these kind of kerosene contaminants are implicated in autism spectrum disorders and complications in pregnancy."
--Brooklyn, NY NextGen victim.
Read the archive of noise complaints from Queens and Brooklyn residents here. . .